Saving the art of Candle-making

BRIEF
The traditional art of candle-making is a slowly a disappearing one. Fortunately enough though, there are exceptions to the general trend. The people behind Νώε (Greek for Noah) Candles – based on the island of Kalymnos, are inspired and driven people who keep the flame alive and have the vision to push things forward. The name itself is indicative of the way these people view their beloved art: in a way similar to that of Noah, who saved all the animals of the Earth by securing a place for them in his Ark. As expected, they place special emphasis on continuity and authenticity – after all, they have a strong root in church supplies. But at the same time they also look ahead – introducing novel products such as beeswax ointments, targeting a more contemporary consumer market.

TARGET GROUP
Individuals who are after the original and the natural – and can appreciate it when they find it in candles and beeswax-based propositions.

CONCEPT
Their tagline – the Candle Era- suggest that they see themselves as a very integral part of today. So, given what they stand for, past present and future, they needed a new identity in position to successfully encompass all this. The key directive was to open up to new audiences and a future that involves a lot of innovation, while keeping their traditional and authentic references. Design-wise the way to go was to bridge the familiar with the new and contemporary.

DESIGN APPROACH
A shape reminiscent of the characteristic shape of Noah’s Ark was created as the containing vessel of a candle. The flame, as well as the light rays that emanate from the candle, have a clearly Byzantine ring into them. This is obviously a conscious choice, being a nod to the history of candle making, with roots that can be traced back hundreds of years ago. The script of the brand name works in a similar manner, further reinforcing the authenticity references. At the same time though, the shapes and the scripts are stripped down and minimalistic enough to belong effortlessly to today. The end result is simultaneously familiar and warm as well as inviting and inspiring. Timeless, as well as contemporary. Welcome to the candle era, an era that goes on with renewed momentum into the future. 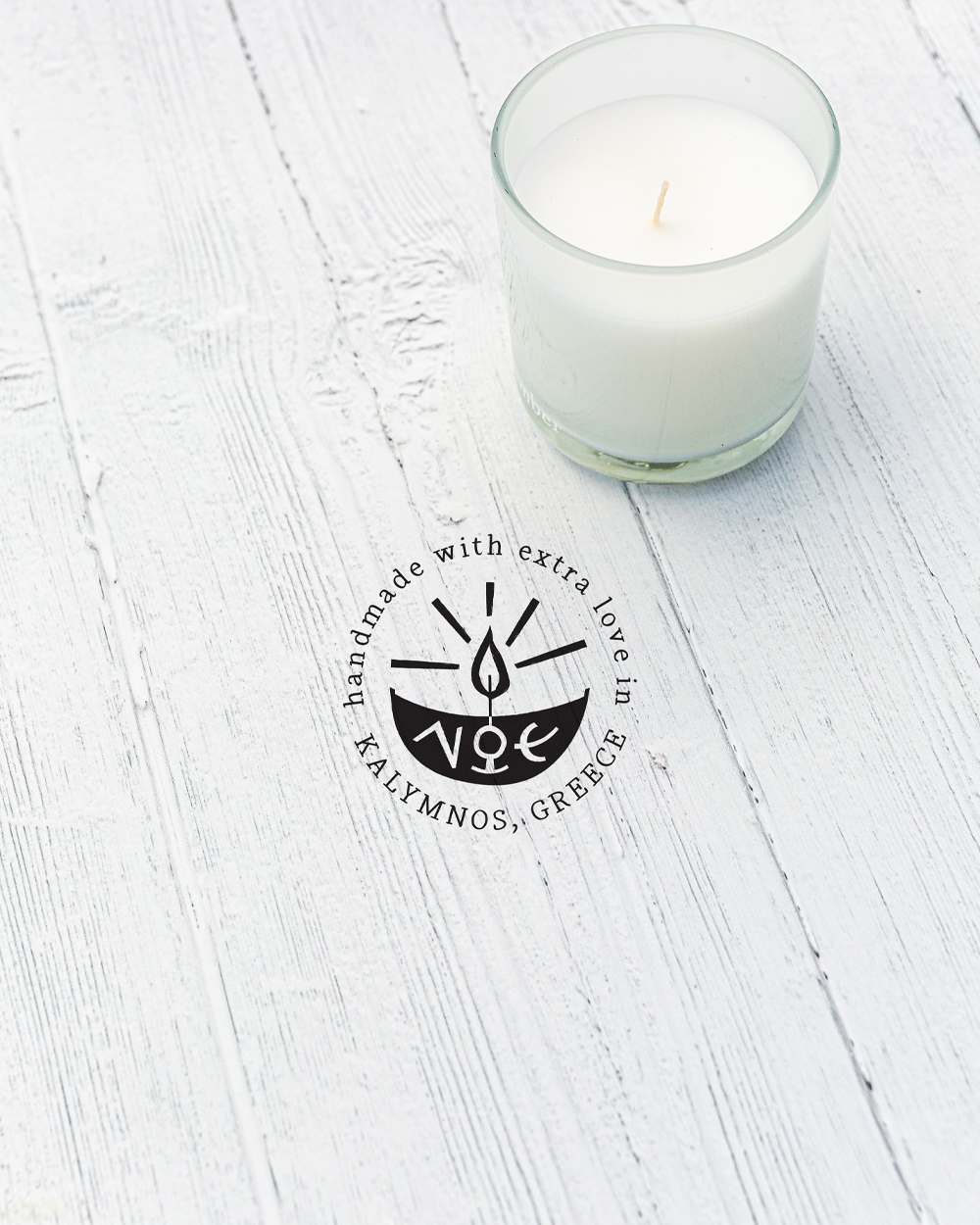 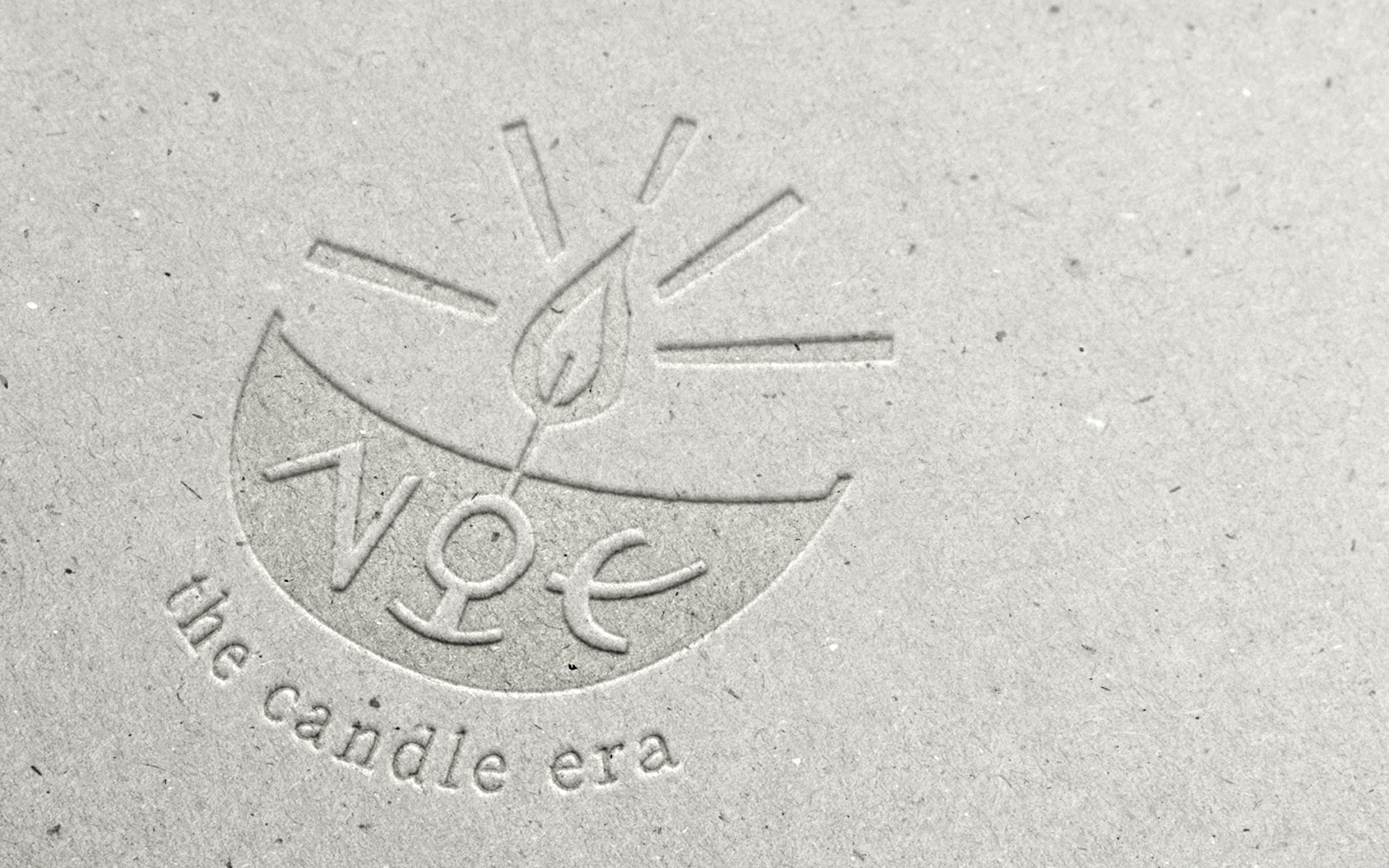 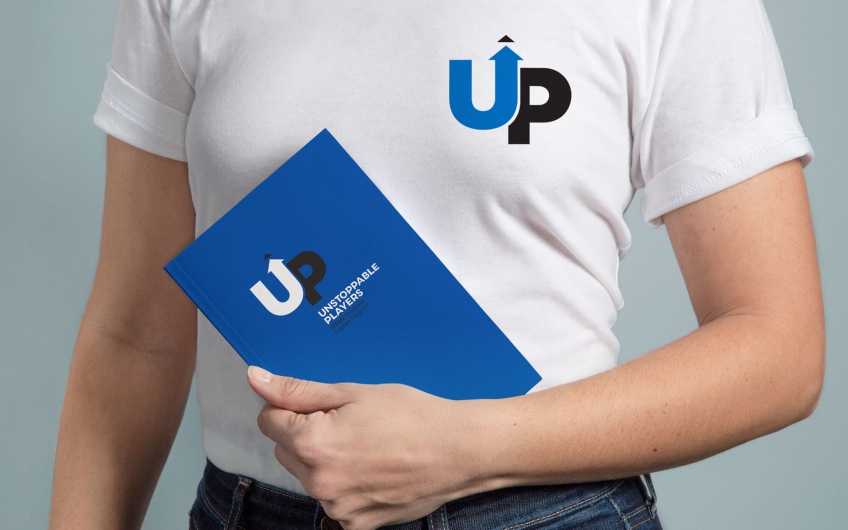