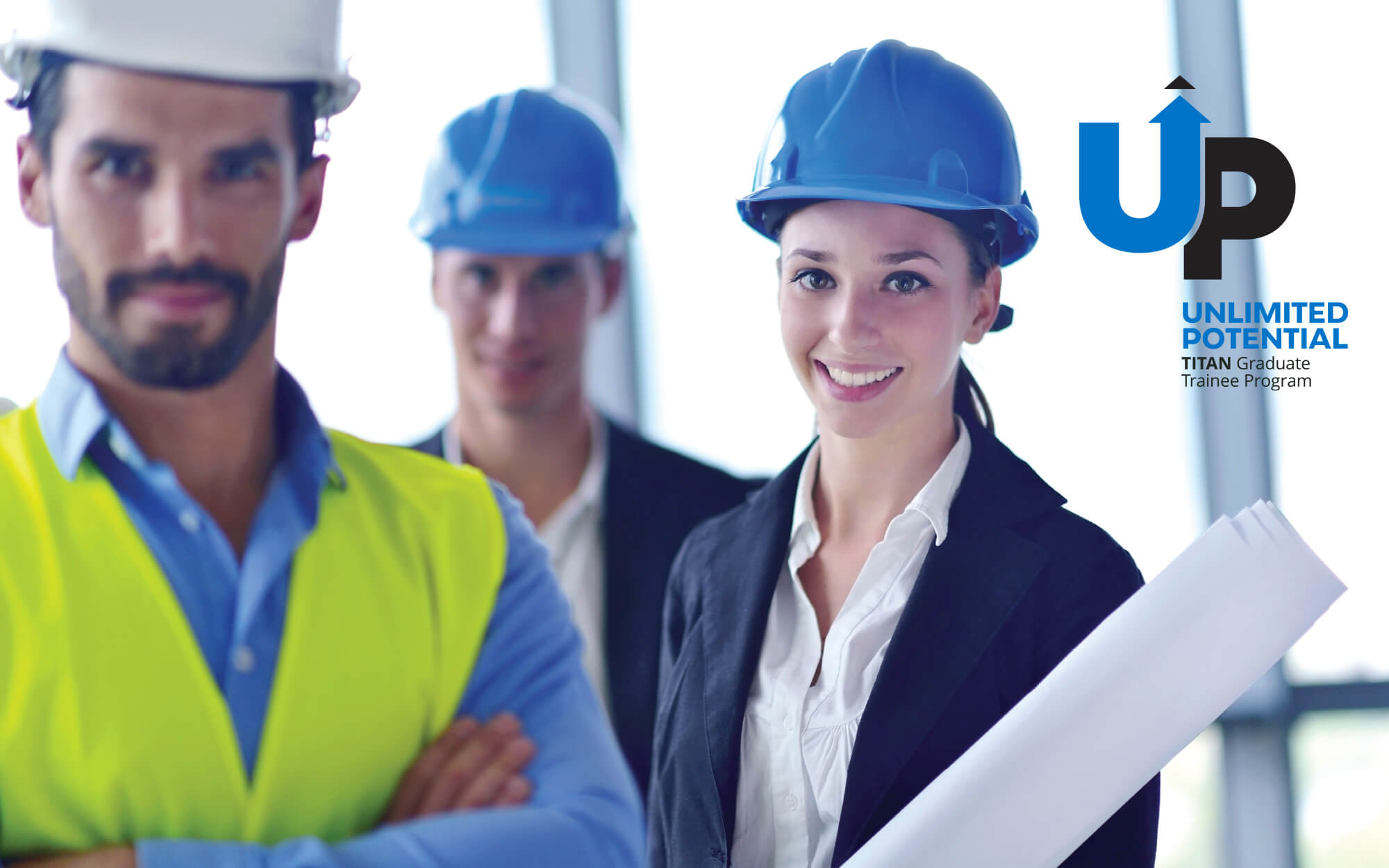 The only way is UP!

BRIEF
TITAN is the leading cement manufacturer in Greece with a strong presence in other countries as well. The company is among the first to commit to Corporate Social Responsibility initiatives, starting before this was even on the radar of most organizations. Through the years, TITAN has developed an impressive Corporate Social Responsibility activation agenda, with one of the main pillars being that of supporting young people – going under the name of ‘Youth Matters’.

Based on this pillar, the company decided to create a Graduate Trainee Program addressing young Engineers with little or no working experience. The chosen young people would have the chance to work with the company for 12 months, gaining exposure and skills second to none. And as TITAN believed in the true value of this initiative, they wished to treat it as a separate brand – involving a name and a visual identity of its own. This is where our collaboration began.

CONCEPT
The work conducted started from the conception of the name itself – a name that had to be characterized by a spirit of positivity and a growth mentality. The name chosen was ‘Unlimited Potential’, shortened to a simple, powerful word consisting only of the initials: UP. Future-facing, optimistic and very clear about what the program was all about, the name was asking for a visual identity that would work exactly in the same way.

DESIGN APPROACH
In the identity that we brought forward the two letters work in their own way. For starters, the ‘U’ standing for ‘Unlimited’ is given in TITAN blue, claiming ownership right away. The shape can be seen as a road, a path. This path may curve down at some point (as our hopes and aspirations often do) but at the end it looks upwards, ending into an arrow and followed by a smaller arrow, suggesting movement and evolution. The ‘P’ standing for ‘Potential’ is given in a strong black color to suggest solidity and power. Its relative position, lower than the ‘U’ helps the aggregate to emphasize the idea of movement. The full name *Unlimited Potential –TITAN Graduate Trainee Program) appears as an endorsing signature, creating a very elegant and balanced end-result. 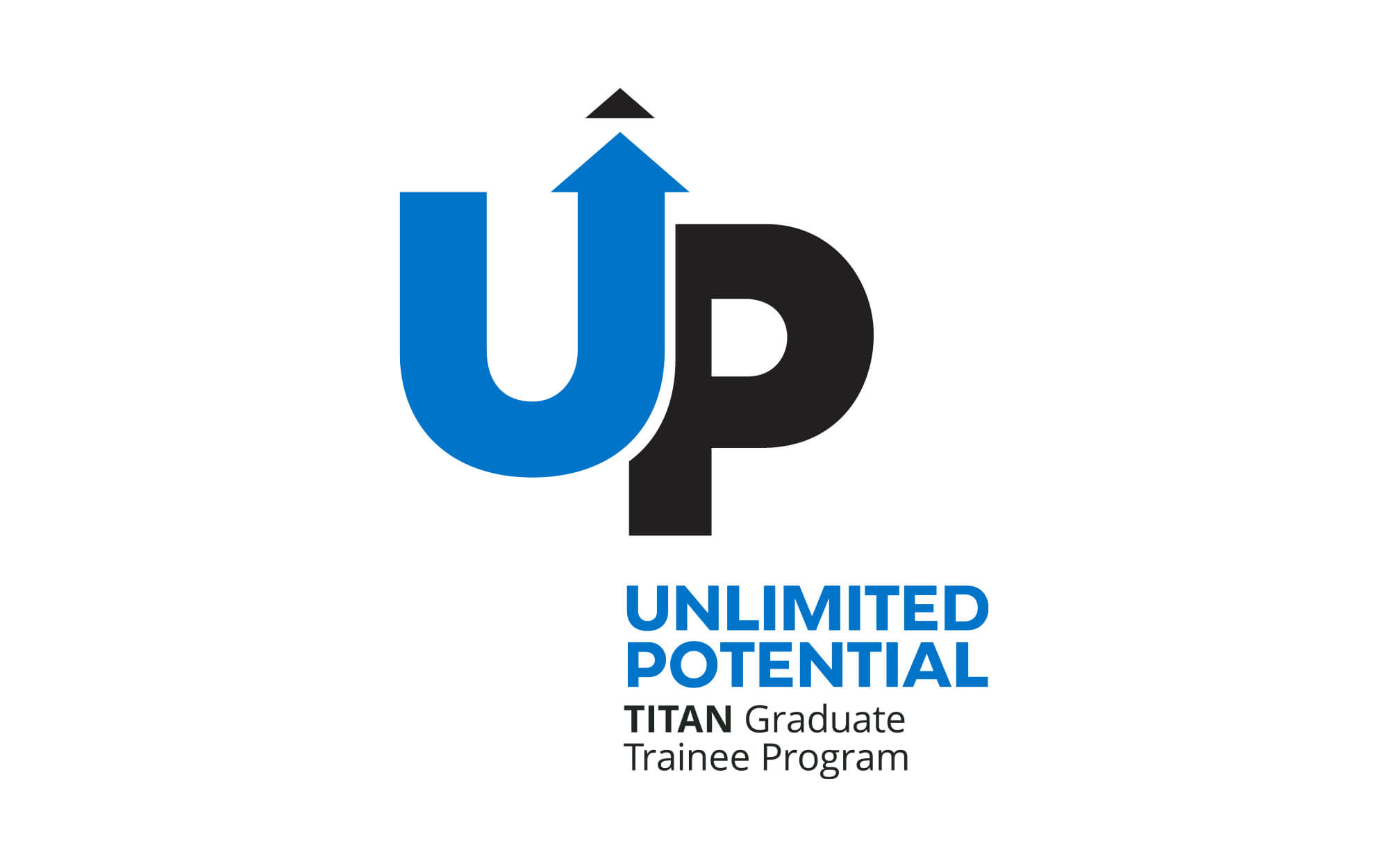 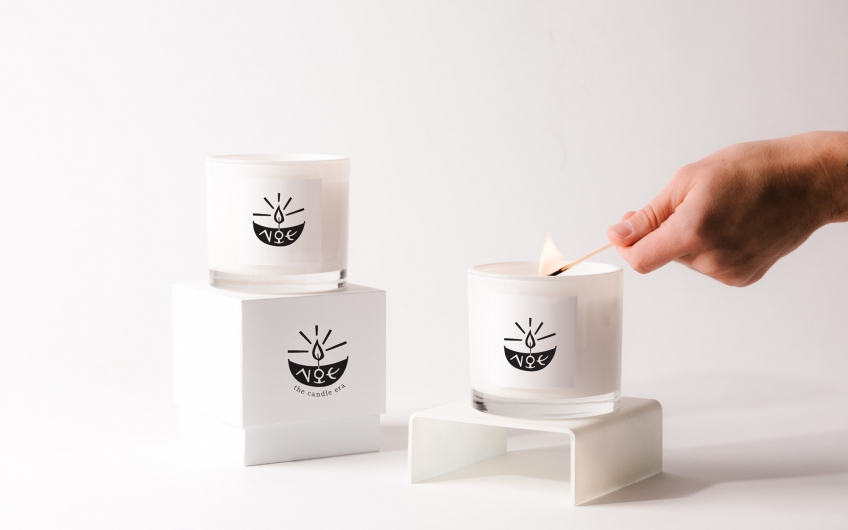