Jerk Kitchen is a street food restaurant, specialized in jerk style jamaican food, based in Loutraki, Greece.
Jerk is a style of cooking native to Jamaica in which meat is dry-rubbed or wet marinated with a very hot spice mixture called Jamaican jerk spice. Jerk seasoning is traditionally applied to pork and chicken. Jerk cooking and seasoning has followed the Caribbean diaspora all over the world, and forms of jerk can be found at restaurants almost anywhere a significant population of Caribbean descent exists, such as the United Kingdom, Canada, or the United States.

BRIEF
To project the jerk style marinated food & Jamaican origin of the restaurant, since it appears for the first time in Greece. Also, to express the restaurant’s core values: traditional methods of production, the premium quality, and the fun & friendly atmosphere!

DESIGN APPROACH
The symbol of the composite logo that was created to be the emblem of the restaurant is a “one-of-a-kind” chicken in a letter J shape (jerk / jamaica).
His tail is in a shape of a palm tree, a well known Jamaican symbol! The round yellow circle, symbolizes the sun to enhance the summer & fun spirit of the restaurant.
The color palette is based on the Jamaica’s national colors. The end result is fresh & fun! 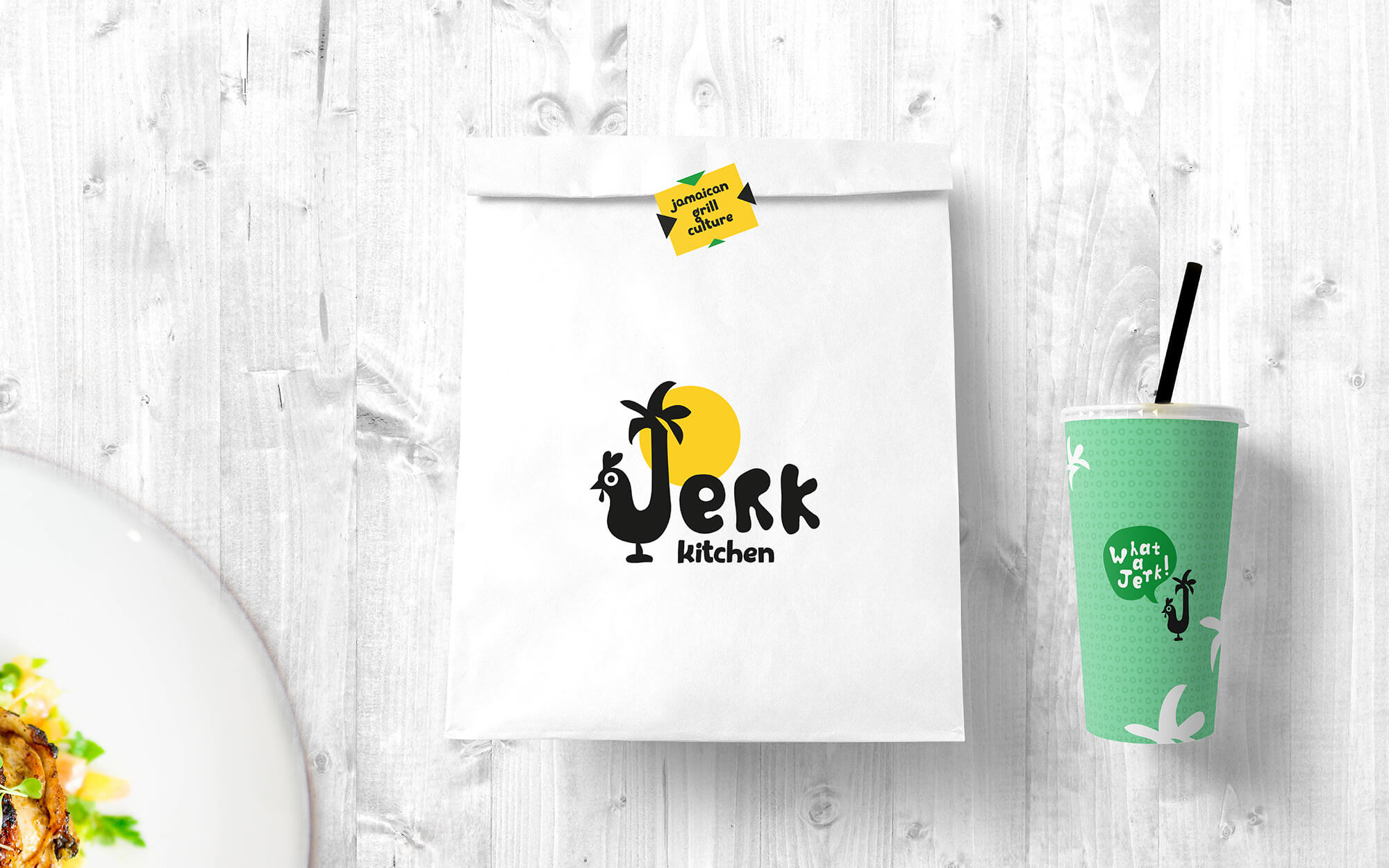 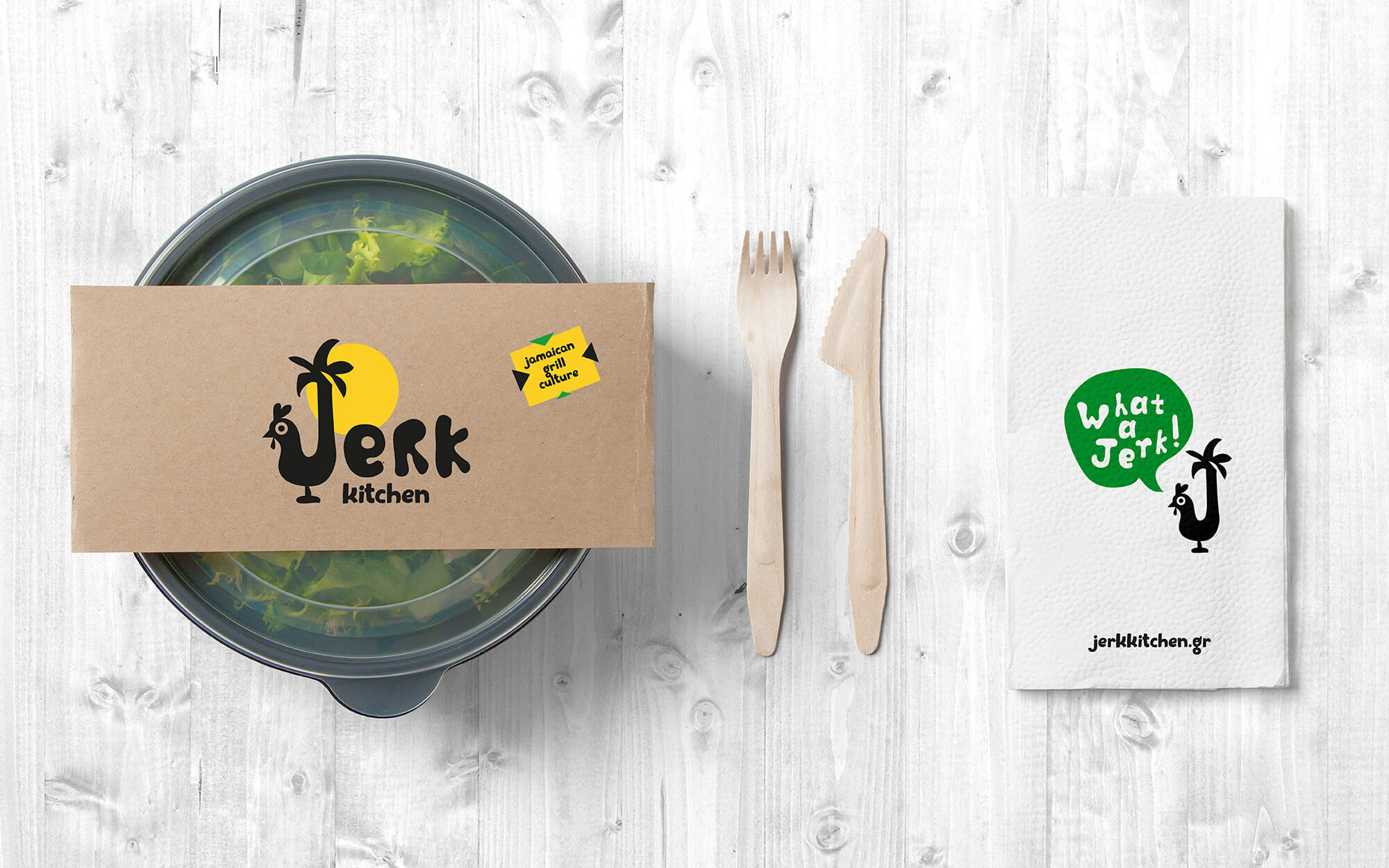 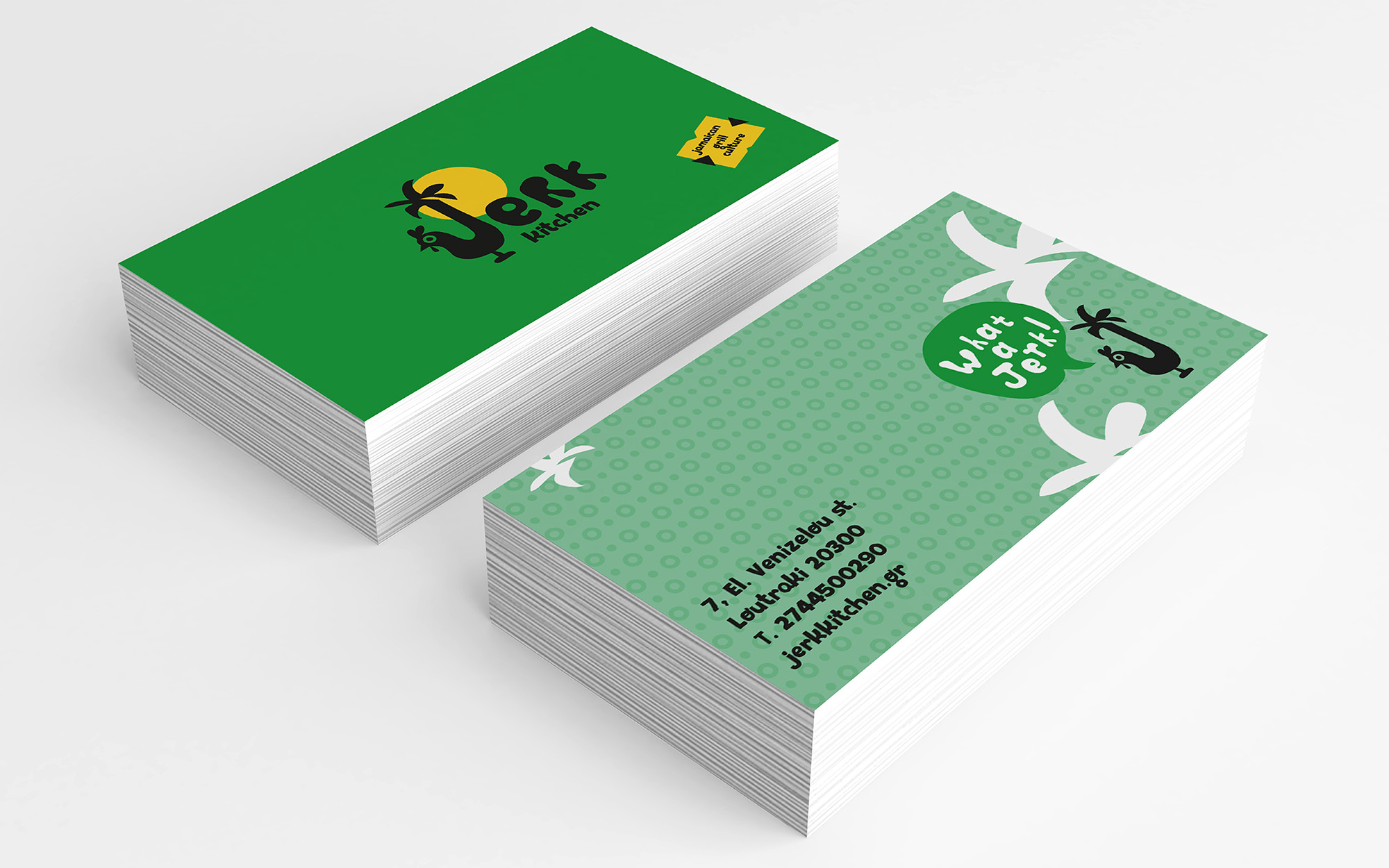 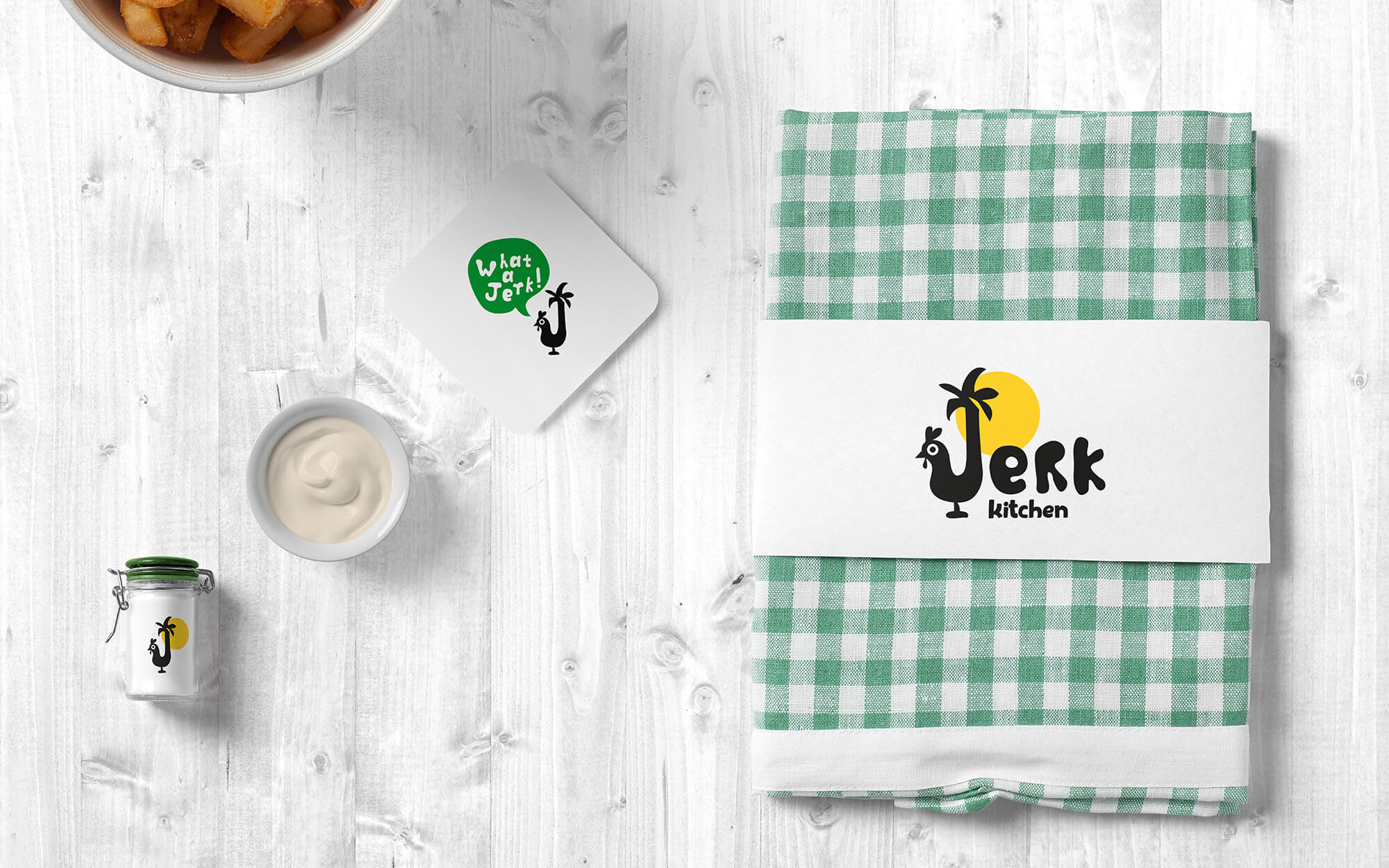 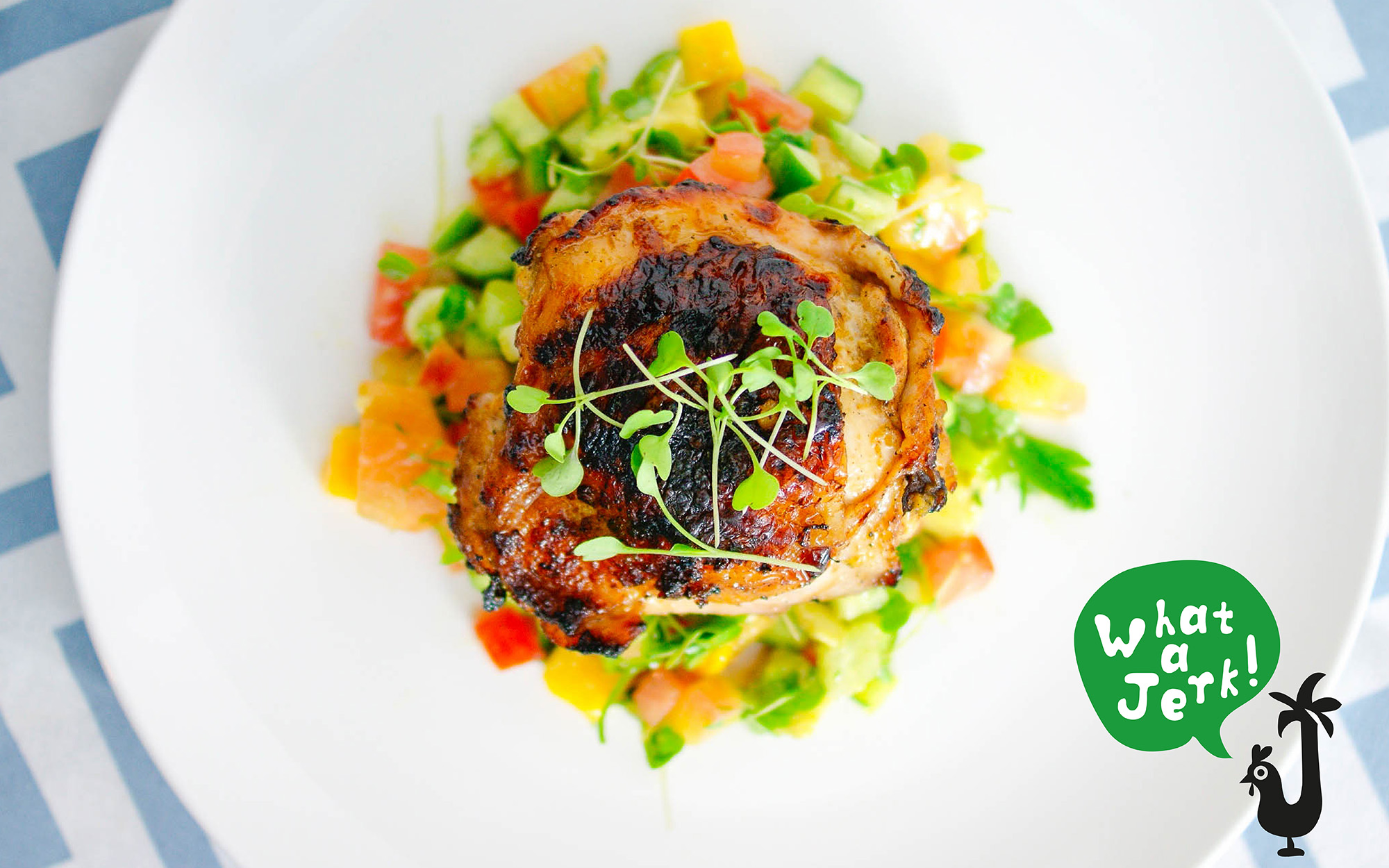 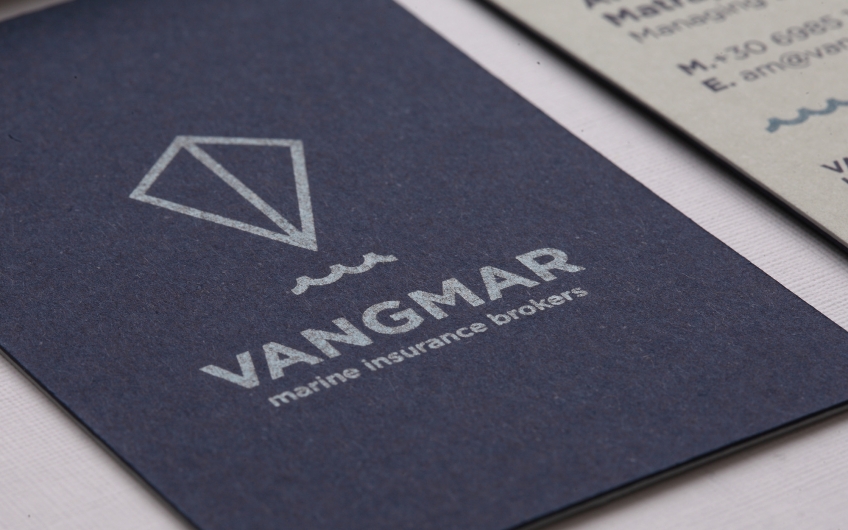 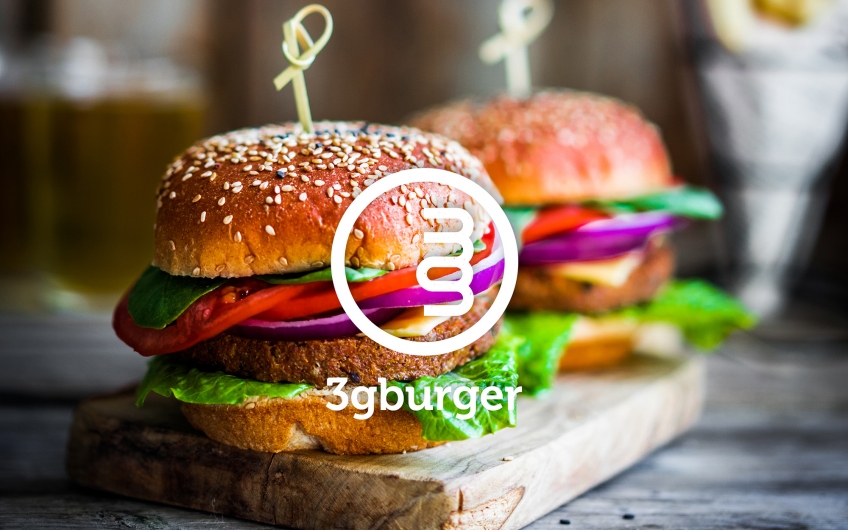